As you all know, we only have one mother so it’s important we treat her well. Someone as special as her deserves one day to be the star and that day is happening this Sunday.

But why then instead of any other day? The custom of honoring mothers dates back to Ancient Greece when they would pay tribute to Rhea, the mother of Zeus, Poseidon and Hades. However, we celebrate Mother’s Day on the second Sunday of May thanks to Ana Jarvis, the daughter of Ann Maria Reeves Jarvis, a social activist during the Civil War.

On May 12, 1908, Ana Jarvis wanted to commemorate the death of her mother. After that, the campaign spread to the rest of the United States until it was officially declared in 1914 that the second Sunday of May would be celebrated as Mother’s Day. Other countries gradually adapted the celebration as well.

With holidays like these, food and family go hand in hand. It’s at the dinner table the best stories are shared while homemade dishes (always the best) are enjoyed and time passes by.

Moreover, it has become popular to plan themed dinners to make this simple holiday more unique.

Let’s not make Mom in charge of the menu and instead follow the one below with dishes inspired by the Mediterranean Diet.

This cold soup is made of tomatoes, cucumbers, pepper, onions, garlic and Olive Oil. It is originally from the south of Spain and has various variations.

Since it is light and fresh, gazpacho is the ideal dish to feel closer to the Mediterranean this time of year. 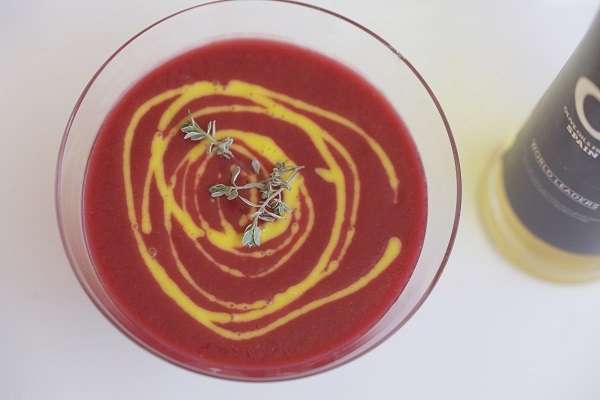 The most classic Spanish dish dating back to the eighteenth century, paella is the reason families can’t wait for Sunday to come. Here are some tips to prepare paella as if you were in Valencia.

Dessert:
Paella is a very heavy dish and while those with a sweet tooth may want some ice cream, chocolate or cupcakes… others may desire a digestive drink like a gin and tonic with Olive Oil instead. 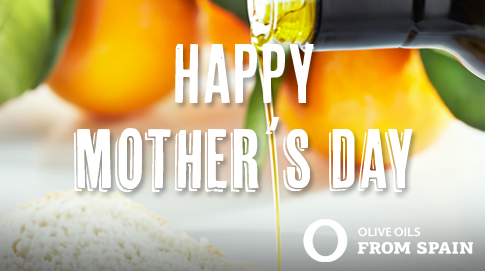 Discover other uses of Olive Oils from Spain: