Blog
Return Blog
Home » Olive Oil News » Pie bird: what it is and how to use it

Pie bird: what it is and how to use it

What is a pie bird? Well, you may have seen one at your grandparents’ or at an old relative’s house, probably not knowing what it was. A pie bird is a little keepsake, a figurine with the shape and colors of a bird, that has a real purpose: venting steam from pies while being baked.

Usually made of ceramic, pie birds are hollow and work releasing the steam from the pies, just like a chimney, so the filling does not bubble and damage the crust. It really protects the appearance of the crust and of the pie in general.

Is a pie bird necessary? Well, no, it isn’t. Is it fun and cute? Absolutely! Some people collect them and have really big collections of all sorts of pie birds, resembling different kinds of birds.

Now you know what is a pie bird, let’s learn how to use it.

How to use a pie bird

When the pie is ready to go in the oven, use a spoon to scoop the filling in the center of the pie. Then, place the pie bird, making a hole in the top crust and , leaving some space between the bottom of the pie and the lower part of the pie bird.

Thus, once the pie is baking, the steam is released through the bird’s beak. Some birds may even whistle when venting the steam, how cute is that?!

Be careful because you shouldn’t pull the pie bird from the pie after baking. If you do so, you may break the crust or pull the filling and, therefore, ruin the looks of the pie. So leave it where it is and cut slices around it.

Recipes to use your pie bird in

These delicious recipes with Spanish extra virgin olive oil are the perfect excuse to use your pie bird, you will love them! 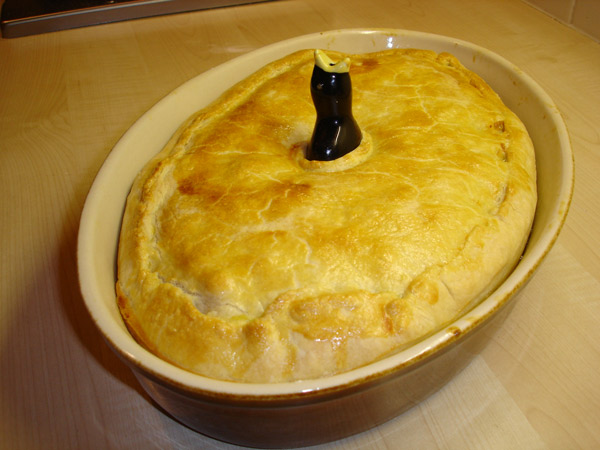 What to do if you don’t have a pie bird

In case you don’t have a pie bird, you can use other stuff to make the same function. As long as it’s like a tube and it is heat resistant, it’ll work: a cinnamon stick, a piece of cardboard straw… you name it! You can also buy a pie crust vent, that has exactly the sema function as a pie bird, but obviously not that pretty.

We hope this article has helped you understand what is a pie bird, how to use pie bird and also inspired you to try new healthy recipes with EVOO from Spain!