Blog
Return Blog
Home » Olive Oil News » What is sofrito and why is it the basis of so many Spanish recipes?

What is sofrito and why is it the basis of so many Spanish recipes? 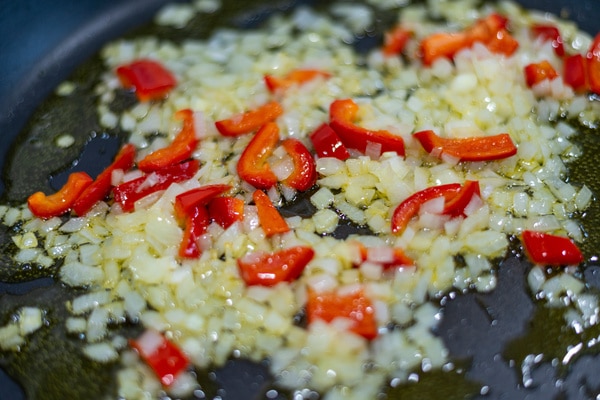 There are basics in the kitchen that we must know how to prepare as they are key to other dishes such as stews, rice, pasta, even meat or fish! Today, with the help of chef Daniel Olivella, we are going to teach you how to prepare a basic sofrito with only 4 ingredients: onion, tomato, salt, and extra virgin olive oil from Spain.

Why use Spanish extra virgin olive oil in sofrito?

As you already know, Spain is the leader in production, comercialización and export of olive oils and this is not by chance, but due to long years of work and improvement in the production system of olive oils to become the most modern olive grove in the world.

But we are not the only ones who recommend its use in cooking. It is the chefs themselves, many of them world-renowned, as in this case, Daniel Olivella, who use and recommend them.

And without further ado, we put on our aprons and start preparing this simple sofrito recipe.

Heat the extra virgin olive oil in a deep skillet or saucepan over medium-high heat. Add the onions and reduce the heat.

Cook the onions over low heat, stirring often, especially the ends. The onions will become translucent and then brown. This will take about 30′. When ready, add the tomatoes and simmer, uncovered, for 60-75 minutes, gradually adding the canning liquid as the liquid in the pan evaporates.

As we have mentioned before, this sofrito can be the base for other dishes. In this case, chef Daniel Olivella has used it to prepare this recipe of octopus with onions. You can either continue preparing this other recipe, or use it directly to accompany, for example, a rice dish.