Guillermo Rodriguez Navarrete is currently one of the leading voices in the United States on healthy diets based on Olive Oils from Spain. This Málaga-born pharmacist and nutritionist, who is currently based in Miami, has become a true advocate for this food, which he defines as one of the healthiest in the world. He defends it wholeheartedly to his clients, but also on social networks, at conferences, and in the media in a country that, he says, has serious problems in the way in which it approaches food.

Why did you decide to work in the United States?

Well… essentially for love. I met my now-wife here, during a work trip to Miami. We got married just four months later and my entire life changed.

At that time (2014), I was living in Central America, where, after four years of working with foundations and governments, things were starting to change. I helped successfully implement nutrition as a bachelor’s degree in three universities where it didn’t exist before, in El Salvador, Guatemala, and Honduras. We provided many post-graduate scholarships, I helped the El Salvador Minister of Health fight malnutrition… many things that were professionally fulfilling, but I felt that there I could only change that, and nothing else.

If you want to change something in the world, it should be from a place where the world can hear you, and if there’s a place from which you can speak to the entire Latino world, it’s Miami. The two TV channels that Latinos in the U.S. and abroad watch (Telemundo and Univisión) are here, as are the music, film, and telenovela stars that everyone follows on social networks. If you can get them to live a healthy lifestyle, and to consume products such as Olive Oil, many more people will consume them. And, as if by magic, after a few months living here, I was already doing appearances on the two TV channels, and my office was full of those stars, who started to promote this healthy lifestyle among their followers. Truth be told, it was a blessing.

There’s a lot of work to be done here in the U.S. to get people to swap out those ultra-processed and damaging vegetable oils for Olive Oil, but we’re off to a good start. Sometimes I feel like Don Quixote against the windmills of La Mancha, but that’s exactly why I love it. They say that calm seas never made anyone an expert sailor. 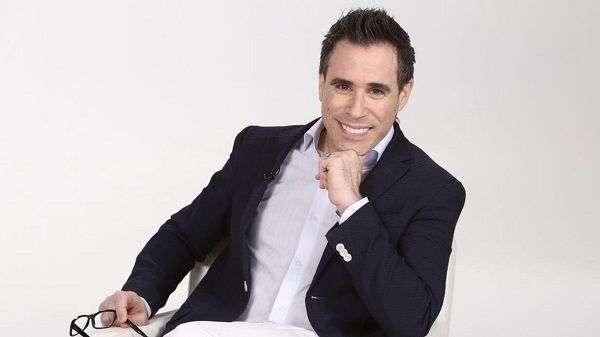 From what we’ve heard, the United States is a country of extremes in terms of nutrition. They love junk food and, as a result, tend to demonize all fat without distinction. How has the image of Olive Oils as a healthy product evolved in that country?

Unfortunately for them, slowly. Here super-processed seed oils continue to be king. Soy, corn, sunflower, also canola… and others that are a blend of all of them in proportions that no one even knows, and which are labeled as “vegetable oil.” When you read the label to see what “vegetable” it is, you find a text that reads “may contain palm, soy, corn, or other oils.”

Can you imagine anyone going to buy a phone and they’re given a plain box that says “may contain a Nokia, iPhone, or Samsung”? Do you think anyone would buy it? Probably not, but with oil they do. There’s still a lot of work to be done here so that people begin to prioritize health over the price of the oil, and also so that people get used to the taste of Olive Oil, which is another barrier when it’s used for cooking.

We also have to work hard to get the idea out of the wider public’s head that fats are bad. Many eat salad without oil because they think it’s healthier. Now air fryers have become popular, fryers that fry without oil… can you believe it? They all think that fried food is unhealthy, when the key is not only in the frying oil, but also in what you’re frying. If you fry an empanada, which is 80% ultra-processed flour, it’s obviously not going to be good for you, but not because of the oil, or because it’s fried, but because you’re frying pure flour, which doesn’t sit well with your body. The Romans were already using olive oil to cook, but they didn’t eat empanadas.

If you know how to control the temperature of a good olive oil, you don’t use it more than three times, and you know how to choose what you fry, your body won’t have any problems with it. The only bad fats are those industrial, ultra-processed, hydrogenated, deodorized, “soulless” vegetable oils that are still rife in American supermarkets. We should be afraid of those. Very much so.

We’ve heard that Americans limit their use of Olive Oil to cold dressings. Do you work on educating them on other uses for Olive Oils?

That is, without a doubt, the hardest part, and honestly the one I like the most. Here, everyone thinks olive oil is harmful when it’s heated – that’s why they use other oils to cook. Many even think that it’s toxic or carcinogenic. The most conservative people will tell you that it loses its properties when you heat it. Everyone who reads this interview should know that any oil loses some properties when you heat it. In fact, any food loses properties if you subject it to those temperatures, but here the vegetable oil industry has worked for years to feed and promote that myth, and it’s going to take a lot of effort to finally put it to rest. In nutrition, it’s easier to trick someone than to convince them that they’ve been tricked for years.

What do you think is the future of the Mediterranean Diet and Olive Oils in the United States?

I think the future of the Mediterranean Diet will depend a lot on the investment that Spanish institutions want to make or can make to promote it. In that regard, I think my presence in the U.S. will be an important point in the future. Never before had a Spaniard obtained a license to legally practice as a nutritionist in Florida. I was also the first Spaniard to be accepted as a Fellow in the American College of Nutrition.

These are barriers that had to be overcome someday, and, as luck would have it, it was me who did it. The best is still to come, and even though, thankfully, I’m fairly self-sufficient in terms of research, it would be fantastic to have institutional support.

The same is true with oil. It’s very important to promote Spanish oil. People here are tired of the fraud and scandals that have marked Italian olive oils for years. Our oil, in most cases, is of better quality. We just need investment and hard work to position it better.

Both in terms of the Mediterranean Diet and olive oil, it’s a battle worth fighting. There are deaths in all wars. But in this one, we’ll be preventing them.