What is the Mediterranean Diet?

Is this the best diet for your health? If you eat according to the typical American diet, your meals probably include a lot of red meat, fast food, fried food and carbohydrates.

But another diet, the Mediterranean Diet has been classified by many experts, including Ramón Estruch of Barcelona’s Hospital Clínic, as one of the best diets in the world. In fact, UNESCO declared it an Intangible Heritage of Humanity in 2010.

More than just a way of eating, the Mediterranean Diet is a lifestyle that is practiced in countries along the Mediterranean. But leaving aside the social and cultural aspects, what’s notable about this diet is the central role played by vegetables, fruit, fish, cheese, wine and, of course, Extra Virgin Olive Oil, its key ingredient, as shown in its food pyramid. 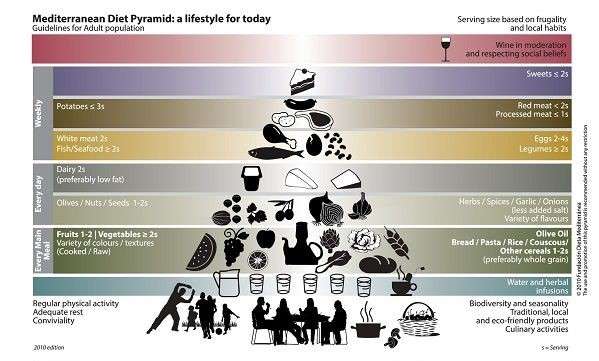 The main characteristic of the Mediterranean Diet is the consumption of Olive Oil as an essential fat, accounting for up to 17-25% of its calories. Apart from its benefits as regards fatty acids, the use of olive oil is associated with a high consumption of vegetables because of its use as a dressing for salads, vegetables and cooked legumes.

Olive Oil is used daily in Mediterranean countries in stews, fried food, salads and even desserts.

Extra Virgin Olive Oil from Spain contains vitamin E, important for its antioxidant properties. It is also rich in phenols, the substance that makes it such a significant source of antioxidants.

Although the health effects of Olive Oil were unknown for much of history, the Mediterranean people have always pointed to their diet – especially olive oil and wine – as the reason behind their longevity. In fact, Spain not only boasts high-quality Olive Oils, but also, according to the WHO, the longest life expectancy in Europe at 82.2 years, thanks in large part to the Mediterranean Diet and lifestyle. 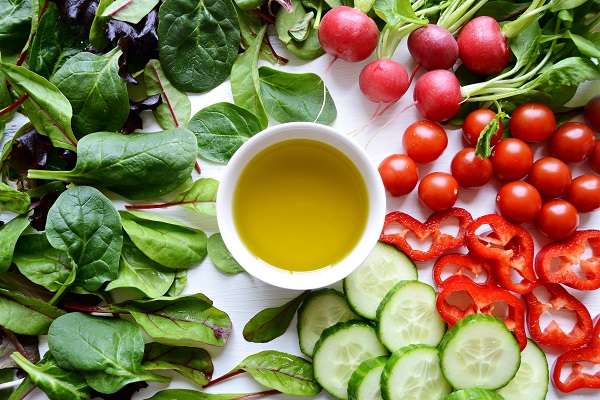