Strategies in the fight against Verticillium Wilt

Verticillium Wilt is a disease that has become a major problem for the Spanish olive industry, especially for those plantations that have been created in our country in the last 30 years. The agent that causes the disease is a fungus, Verticillium dahliae, present in infected soils. In olive trees the infection affects the tree in one of two ways: by the sudden death of branches or even the entire tree, or in a less acute form, with the drying out of flowers and leaves.

The search for remedies against the disease, as well as strategies to minimize its impact on olive groves is a priority for the Spanish Olive Oil Interprofessional. So much so that the organization has promoted and participated in several open investigations in our country, with a view to developing a multidisciplinary approach in the fight against this disease. Here we briefly review the different approaches to the problem: 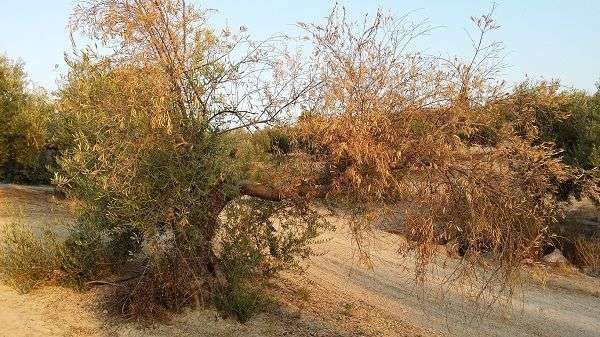 «The procurement of olive varieties resistant to Verticillium Wilt».

One of the most promising lines of research is being developed at the University of Cordoba and involves developing new varieties of olive that are resistant to fungus attack and that can be adapted to new systems of cultivation. They have evaluated hundreds of hybrids and more than 8,000 genotypes. Since 2008, they have sown more than 20,000 seeds and planted more than 500 genotypes. Resistance to the fungus is checked both in seedlings and mature plants. The team choose land that is highly contaminated with the fungus for testing.

In the field they evaluate disease resistance, plant health, propagation and production. After evaluation each variety is registered. The team led by Professor Diego Barranco is confident that they will have commercial varieties ready within 5 years.

This line of research is trying to find out what factors influence the resistance of certain varieties of olive tree to the fungus that causes Verticillium Wilt and how it develops. For this reason they are working on different varieties of tree to learn more about the mechanism of resistance, from the Frantoio, which is highly resistant, to Cornicabra which is very susceptible to attack from the disease.

At the same time, the group headed by Professor Antonio Trapero Casas at the University of Cordoba, assesses the impact that the application of a series of biological products has on the disease and soil contamination. The team is working on vegetable oils, extracts and defence activators together with organic soil conditioners such as orujo, manure and other organic wastes. In addition the team is also working with microorganisms antagonistic to the fungus that causes the disease. Some of these microorganisms have shown an inhibition of between 75% and 100%.

Researchers at the University of Cordoba are also assessing the ability of the fungus that causes Verticillium Wilt to spread through irrigation water. They have found that the fungus can contaminate the entire irrigation infrastructure of a community, resulting in rapid spread of the disease. The group led by Francisco Javier López Escudero is trying to formulate irrigation guidelines in order to minimize the transmission of the fungus. They are conducting trials based on varying the time interval between irrigation applications in order to examine the effect on plants settled in heavily contaminated soils.

The group aims to devise methods to reduce or eliminate the pathogen from irrigation water and so prevent its spread. The work involves evaluating various physical and chemical processes that are suitable for olive grove irrigation systems.

«Management of olive Verticillium Wilt caused by the defoliant pathogen Verticillium dahliae through the use of resistant wild olive plant stock and beneficial fungi «.

Another group of researchers support the hypothesis that it may reduce the potential for severe Verticillium Wilt during the first few years of olive tree growth. Under that premise, scientists from the University of Cordoba led by Rafael Manuel Jiménez Diaz are working with plant stock resistant to the fungus, less susceptible cultivars and biological agents that can protect the roots from fungal attack. The team are using plant material to which biological agents have been applied, to identify how they interact with the cause of the disease.

«Design and implementation of bioindicators and metagenomics to characterize the phytosanitary status and the level of suppression in olive grove soils to   Verticillium Wilt (Metagensus) «.

The Institute of Sustainable Agriculture of the Higher Council for Scientific Research (IAS-CSIC in Spanish) proposes another approach to the problem. The goal of these researchers, led by Blanca B. Landa, is to develop bioindicators linked to the phytosanitary status of olive groves under different types of crop management. In particular the presence of rhizobacteria and its activity in infected and uninfected soils. They are also trying to characterize microbial communities and their seasonal evolution, which may give clues as to why some soils are more susceptible to the fungus than others. 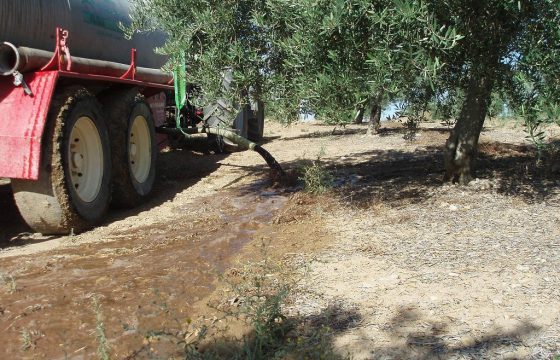 Innovations and new technologies in the olive industry – MECAOLIVAR 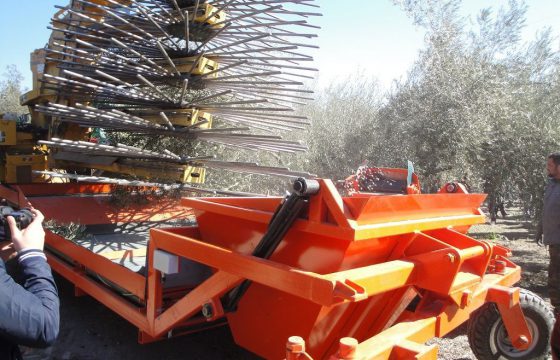