Where is olive oil produced in Spain? 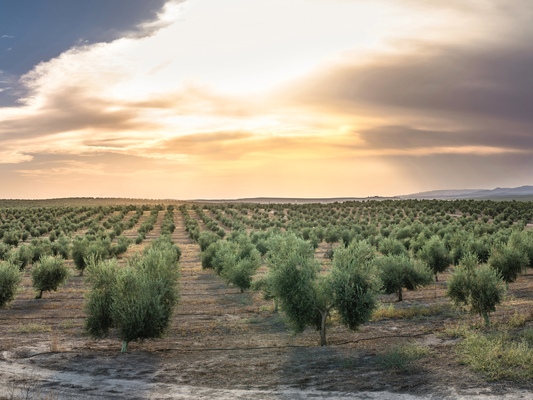 Not only does Spain produce more than half of the world’s olive oil (with more than 350 million olive trees harvested each year), but the enduring presence of the liquid gold in the country’s customs and lifestyle has ensured its central role in the country’s customs and lifestyle. As a result, multiple versions and standards of olive oil (there are now over 200 olive kinds in Spain) arose, each with specific regional qualities resulting from distinctive growing practices, topography, and climate – similar to good wine.

More specifically, oil production in our country accounts for nearly 50% of world production and almost 70% of European Union production.

At present, Spain has about thirty brands of Differentiated Quality (PDO and PGI) that guarantee the production of high-quality olive oil. More specifically, the olive-growing surface area in our country exceeds 2,500,000 hectares spread practically all over the country.

For example, Andalusia, which produces the largest quantity of olive oil in the world, has warm, dry temperatures that ensure a deep, full-bodied flavor. It is followed by Castilla-La Mancha, which produces robust and very aromatic oils. In Extremadura, full-bodied oils coexist with others with much more nuanced flavors, such as those produced from the manzanilla cacereña variety. Then there is Catalonia, where the oils take on a delicate and mineral character. These characteristics are reflected in local dishes, as well as in culinary customs and traditions.

Which olive oil is the best in Spain?

The truth is that this is largely subjective and depends on the tastes of each consumer. There will be those who like extra virgin olive oils with intense flavors and aromas, while others will especially value their balance. What is undeniable is that Spain has the largest range of olive oils in the world and the most awarded in international competitions, as accredited for years by the World’s Best Olive Oils (WBOO).