The best Spanish restaurants in the world 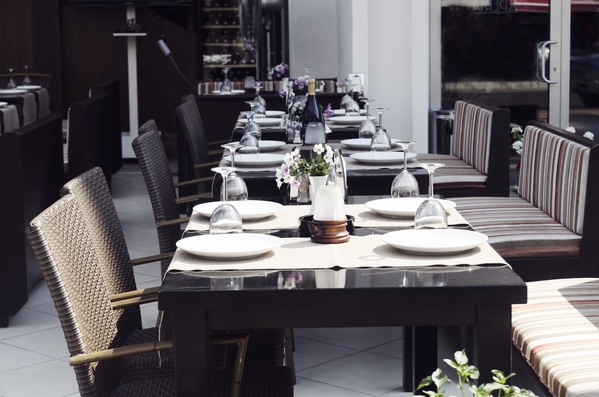 The «World’s 50 Best Restaurants» competition was launched in 2002 by British Restaurant magazine and selects the 50 best restaurants in the world, judged by a panel of more than 1,000 anonymous judges. The awards are considered the Oscars of the culinary world.

The latest list of the 50 best restaurants in the world includes 6 Spanish restaurants.

In third place worldwide is Asador Etxebarri. This Michelin-starred restaurant specializes in charcoal grills and is located in Atxondo, Vizcaya, about 30 km from Bilbao. In turn, chef Victor Arguinzoniz has been awarded by the chefs of the world’s 50 best restaurants, in recognition of his inspiring work and leadership in the hospitality industry.

In fifth place is Barcelona’s “Disfrutar”, which means ‘enjoy’, is one of the world’s most delectable, intriguing, and boundary-pushing dining experiences. The chefs of El Bulli (Oriol Castro, Eduard Xartruch and Mateu Casañas) are at the forefront of technological cuisine and their creative cooking has conquered the world. In 2021, the team presented a new form of table in their creativity kitchen: it comes to life during the dining experience, revealing hidden compartments, drawers, and delectable bites.

In 14th place is Mugaritz, located in San Sebastian. This two-Michelin-starred restaurant, whose motto is «the pursuit of pleasure through stimulation,» serves only recommended dishes of about twenty dishes and has a kitchen team of about 50 people working in the kitchen to satisfy their «guests» (they don’t call them customers!).

In 16th place is Elkano, in Getaria. It has one Michelin star and as only a fishing village can offer, the freshly caught seafood is grilled without manipulating its texture or flavor. It is not a formal restaurant, at least at midday when it is full of families and groups of friends. Absolutely friendly atmosphere. Make sure to try the legendary flounder.

At number 20, Madrid’s DiverXO, from chef David Muñoz (also known as Dabiz Muñoz). With the slogan «Avant-garde or death», he has created an essential space that surprises both for its culinary proposals and its interior design. It has three Michelin stars. As the service progresses, the Mediterranean and Asian come together in a harmonic blend that is painted on a typically rectangular surface.

And in 49th place is Azurmendi in Larrabetzu. Azurmendi, which opened its doors in 2005, has received numerous awards. The restaurant has three Michelin stars, and its chef is Eneko Acha. This space offers creative cuisine, always with a traditional touch of Basque gastronomy. In addition to the restaurant, the facility has a 2,500-square-meter winery where top-quality txakoli (a traditional white wine of the Basque Country) is created and kept, which is open to the public.