Blog
Return Blog
Home » Olive Oil News » Basque cuisine: one of the most recognized around the world 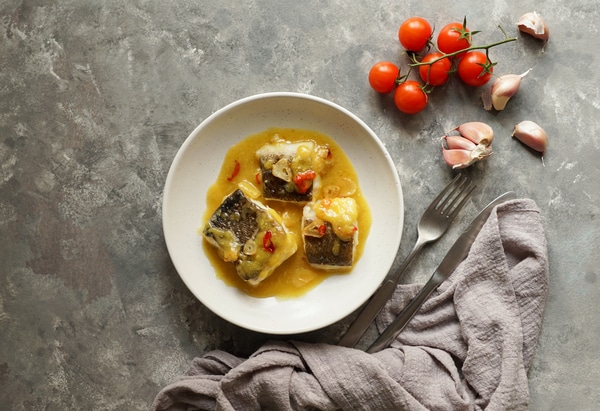 Basque Country is full of world recognized restaurants that have Michelin stars with famous chefs, such as Álvaro Garrido. With his unique and innovative ways of bringing the senses to life with each dish, he has won a Michelin star for his complex tasting menus. This is Bilbao at its finest, and it has established a reputation throughout Spain.

It is important to remember its traditional and unforgettable pintxos, as well as the respect that its characteristic food has gained in recent decades.

Txakoli, a mildly sparkling, low-alcohol dry white wine, is one of the region’s most well-known wines. This young wine goes well with fish and seafood from the area. Look for full-bodied Riojas from Alavesa, which pair well with Navarran lamb or cattle.

Basque cider is an apple cider made naturally in the Basque Country. It’s prepared from apple juice that’s been crushed and then fermented into cider. Basque cider contains no sugar or other additives, and it is made from more than 100 bitter, acidic, and sweet apple types. The cider comes in a variety of types, but the bone-dry form is the most popular.

Kalimotxo is a light Spanish cocktail that dates back to the 1970s. The cocktail is made using a simple combination of red wine and cola. Although some Kalimotxo is prepared with low-cost wine, the best Kalimotxo is made with dry, tannic red wines of higher grade.

In terms of food, the Basque Country is undoubtedly Spain’s most important tourist destination. A coastal and border region with a wide range of culinary delights thanks to a fusion of sea and mountain cultures with modern, high-quality cooking. With the appearance of the so-called Basque Nouvelle Cuisine in the last few decades, this tendency has emerged. Most importantly, good food reflects the spirit of the Basque people, who are devoted to tradition and fine food, which is the focal point of any social gathering. Here are the most famous Basque dishes:

Pintxos are the ultimate Basque snack and are not to be mistaken with tapas. They are often thin slices of bread with various ingredients such as anchovies, ham, goat cheese, roasted peppers, or even croquettes placed on top and pierced in the middle with a chopstick. They’re lined up along the bar, and the idea is that you assist yourself and count the sticks all the way to the end to figure out how much you owe. Typically, each pintxo costs between 1 and 3 euros.

The Basques adore cod fish, and it is a significant element in many of their most famous meals. Bacalao pil-pil is cod that has been fried with garlic, extra virgin olive oil from Spain, and chili until the oils have emulsified into a creamy sauce. Because of the noise the skin produces when it fries in the pan, it’s called pil-pil.

The Gildas are one of the most popular pintxos found in Bilbao’s bars and restaurants. The ingredients for these pintxo tapas vary slightly from bar to bar, but they usually include a chile pepper, an olive, and an anchovy. They’re served on an extra virgin olive oil from Spain base.

Sopa de ajo is a comfort food popular in Spain on cold days. The sizzling hot bowl of garlicky, smokey soup is thickened with bread and heightened with a dab of sherry vinegar and filled with tendrils of eggs. This soup is traditionally thickened with a bread called zopako ogia, which has a broad, dry crust and very little crumb, making it ideal for thickening soup in the Basque region. This deceptively simple soup is greatly improved by each addition, despite having a small ingredient list. For a clear, acidic tone that is never harsh or bitter, use your favorite sherry vinegar. Each tablespoon will be carried by an extra virgin olive oil from Spain.

So now you’re ready to go into a Basque restaurant and order some of the best Basque cuisine!