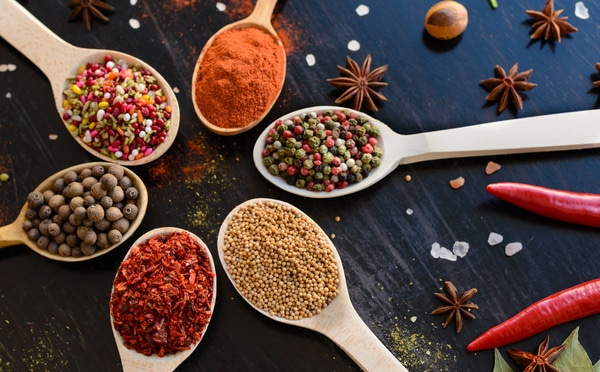 The range of flavors present in Spanish cuisine is one of the first things one misses when leaving the country. It only takes a few weeks to miss the Spanish olive oils, tapas with a Rioja wine, and the traditional “pincho de tortilla”. When making Spanish recipes, we frequently use aromatic herbs and spices, which have been a staple in the cuisine since the dawn of time to spice up our dishes and turn them into great recipes.

Depending on the region, the used spices and herbs may vary due to the cultural and social influences that have taken place over centuries of history. The typical gastronomy of the south, for example, is more influenced by Roman and Arab culture, and the basis of the cuisine is a combination of these ingredients and spices.

Furthermore, in the north of Spain, aromatic herbs such as cumin or basil, so characteristic of the south, are abandoned, but others such as cinnamon, bay leaf or parsley are used more. Galician seafood tastes different unless steamed with spices such as cloves and seasoned with garlic, parsley, and lemon.

Apart from that, we shouldn’t forget that one of the most used ingredients used is Spanish cuisine is olive oil, including in dressings, grilled seafood, meat, frying, or even for desserts.

The «Pimentón de la Vera» is a smoked paprika powder with protected designation of origin. It comes from the western region of Spain «Extremadura». The paprika from this region is unique in the world and distinguishes itself from other paprika types by its flavor.  In Spain, the «Pimentón de Murcia» also stands out with a protected designation of origin. It is the product resulting from the grinding of red peppers of the «bola» variety, harvested ripe, healthy, clean and dry.

This paprika comes in three varieties: sweet, bittersweet, and spicy; or sweet, medium, and spicy, respectively. The sweet variety is mostly used with light meats such as octopus, rabbit, or chicken. On the other hand, the spicy variety is used in soups and richer stews, which are usually eaten in the winter season, or in making chorizo.

The most famous dish enriched with extra virgin olive oil and paprika is octopus Galician style.

Saffron is the most expensive spice in the world, and Spain is the main producer and exporter. However, only a pinch of this spice is used in recipes, as adding it in excess would give them a medicinal taste. This spice is indispensable in Spanish dishes such as paella (a dish of rice and seafood) or arroz con pollo (rice with chicken).

Its delightful, fresh, and delicate flavor is extracted from the leaves. Both fresh and dried, it goes well with recipes where the tomato takes center stage, as it often does in Mediterranean cuisine.

This aromatic herb is of the highest quality, a unique seasoning for pizza and pasta, as well as for meats of all kinds, stuffing, salads, and eggs.

Thanks to the good use of these aromatic spices, we will be able to give a special touch to our dishes, achieving greater originality and flavor. Enjoy these Spanish herbs to elaborate your daily recipes.

Rosemary is one of the most popular aromatic plants in the Mediterranean area, as this herb is not only used as an ingredient in a large number of dishes, but also has a number of medicinal properties that are beneficial to the body. As a result, more and more people are choosing to integrate it into their regular diet, as well as using it for specific treatments, using it in different formats.

The Spanish bocadillo or a sandwich is a staple of our cuisine, and there are numerous locations all around Spain where you...
Read more
0 0

EAT OUT AT HOME WITH OLIVE OILS FROM SPAIN: THE BEST TABLE 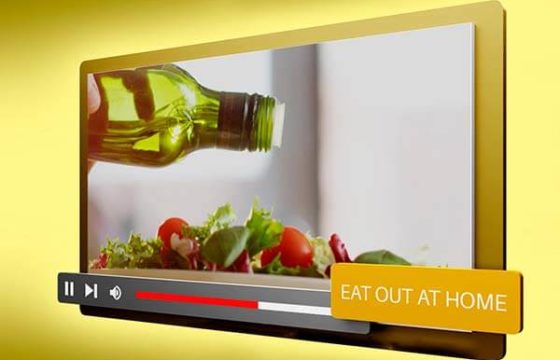 There’s no place like home, or so they say. But if you add a bit of Olive Oil from Spain to your...
Read more
0 2

Some chefs have perfected their kitchen skills, while others get to do with what they have. However, regardless of one’s cooking abilities, many...
Read more
0 0