Using Olive Oil to care for your pet

A pug defeated Napoleon – on his wedding night. Or, that’s one way to look at it. After the military leader and his first wife Josephine were married, the bride wanted Fortune, her dog, to stay with them. But Napoleon, wanting only to be with his new wife, tried to throw the dog out of the room, and it ferociously bit him in response.

Josephine insisted to her young husband that the dog should be allowed to stay in the room. And so it did, or at least that’s how the story goes.

The love of a dog is unconditional and there are many who prefer it to the love of men. Even Charles de Gaulle pronounced a few words, albeit laden with irony, on the matter: “The better I get to know men, the more I find myself loving dogs.”

This doesn’t just happen with dogs, but also with any pet you happen have at home, whether a bird, reptile or cat. Regarding the latter creature, Ernest Hemingway, winner of the 1954 Nobel Prize in Literature, said the following: “A cat has absolute emotional honesty: human beings, for one reason or another, may hide their feelings, but a cat does not.” Even Gandhi, tireless defender of human rights in India, said on one occasion that “the greatness of a nation can be judged by the way its animals are treated”. As you can see, there have been many quotes made throughout history that mention our beloved companions.

Since ancient times, we humans have shown great affection for our small domestic animals. There are even studies about the benefits that owning a pet has for our health.

After a hard day at the office, you arrive home exhausted, and who is the first to greet you when you walk in? You put the key in the lock, and your pet is already running to the door to say hello. How could you say no to improving its quality of life?! That’s why we want to give you some advice how to improve its quality of life using Extra Virgin Olive Oil from Spain.

EVOO from Spain isn’t only beneficial for humans. It promotes optimum health in dogs, for example, because it helps prevent and reduce the effects of cardiovascular diseases and diabetes. It also supports their immune system and extends their longevity since it prevents cellular oxidation. Finally, it gives them a boost of energy and keeps their skin hydrated. You only need to add a tablespoon of Olive Oil to their food once or twice a week to gain all these benefits.

Is it a cat that brightens your mornings with its affectionate purring? Cats can also benefit from the consumption of Olive Oil because it helps them expel hairballs that can sometimes cause problems. All you have to do is mix two tablespoons of Olive Oil into their food each day until the hairball has passed.

You can make sure that your pet is in tip-top shape, inside and out, with these easy tricks. 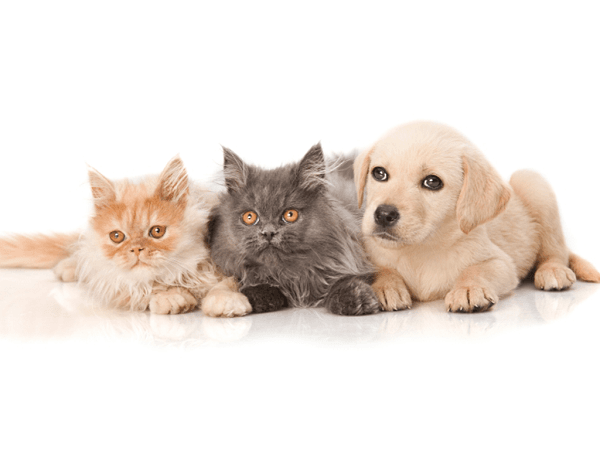