“The amphoras of Baetica oil are the most abundant or most common in all of the Western Roman Empire.  Amphoras appear throughout all of Britain, in Wales, as well as in Belgium and Germany and even Switzerland.  They were also transported to Alexandria, Egypt, a distribution port which in turn shipped the oil to places as remote as Arikamedu, on the Eastern coast of India.”  Thus, amphoras containing oil from the banks of the Guadalquivir River in Andalusia traveled 8,000 kilometers to India two millennia ago! 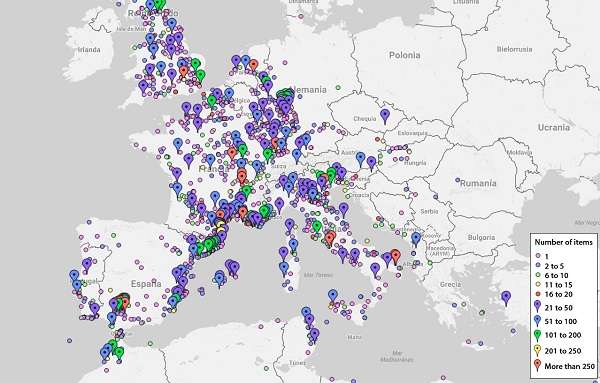 But the vast majority was taken by Rome, the capital of the world.  “The empire, the emperor, bought the political support of the commoners with a plate of lentils.  He was obligated to keep the social peace in Rome, and did so by offering food at low cost. Rome depended on oil from the Baetica.  Proof of this is an enormous landfill which we know today as Monte Testaccio, which Professor Remesal and his team have been researching for years.  “It is an absolutely artificial mountain, comprised entirely of the remains of amphoras, with a perimeter measuring nearly one kilometer, and a height of almost 50 meters, and which in its heyday was much larger. It was an organized garbage dump.  Today, it suggests to us that between 80% and 85% of the Olive Oil consumed in the capital from the era of Augustus until the 3rd Century A.D. came from the Baetica.” 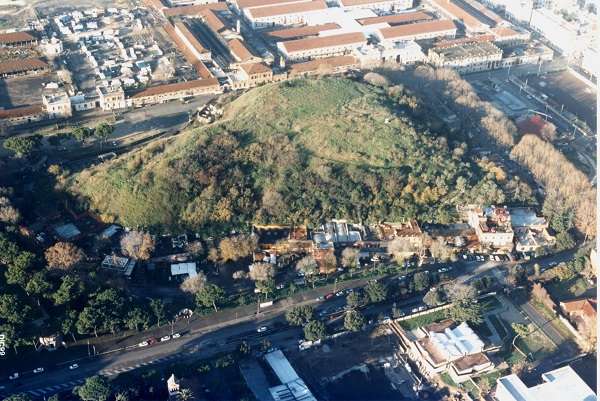 “Our geologists have weighed it and measured its volume.  There is about a half million tons of ceramic material left, which when divided by 30 kilos – the approximate weight of each one — we reach the conclusion that there are still some 25 million amphoras remaining. If you multiply that figure by 70 kilos of oil per amphora, we have 1,750,000 tons of oil. The debris that is still left at Testaccio is enough to support the diet of a half million people for 250 years.” 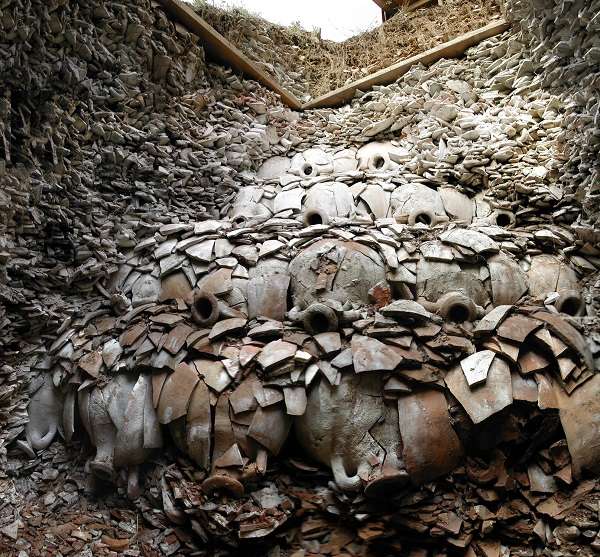 But we are still left with a question: how did its consumption expand throughout the world so quickly?  Very simply, at the pace of the Roman Army:  “The diet of a Roman soldier is determined by a Roman general, a Mediterranean, for whom oil is a fundamental food source.  He serves it to the soldier as part of his rations, at a rate of about one kilo per month.  Additionally, we have the fact that those who wanted to emulate the Roman way of life tended to adopt its customs:  to bathe like Romans, eat like Romans, drink like Romans, which explains how an exotic product gained a foothold in all of those territories.”