For over a decade, the annual Healthy Kitchens, Healthy Lives® conference has been established as one of the leading forums on food, nutrition and health in the United States. As a scientific meeting, it allows professionals from the health and medical industry to learn about the latest developments in nutrition while gaining hands-on culinary training. This initiative is led by two prestigious, world-renowned institutions: Harvard T.H. Chan School of Public Health and The Culinary Institute of America. 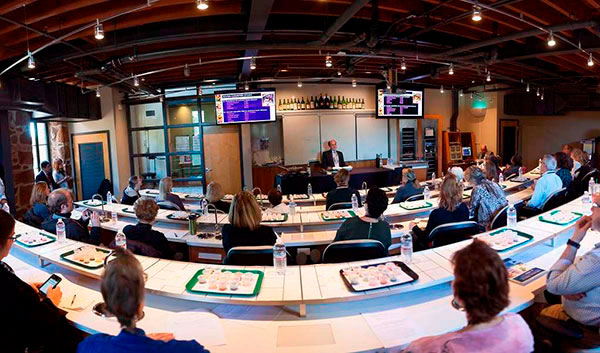 This year’s conference (which has been taking place in Napa Valley since last Thursday) references the Mediterranean Diet and associations with reduced risk of several chronic diseases. Experts from both the culinary arts and nutrition emphasized the central role of olive oil in this healthy eating pattern. Namely, the conference program featured two distinguished professionals: Doctor Ramón Estruch, coordinator of the PREDIMED study (PREvención con DIeta MEDiterránea, [Prevention with Mediterranean Diet]), the most influential of those undertaken in the last few decades on this diet’s effect on health, and Chef Daniel Olivella, who has been successful in the United States over the last few decades by providing truly Mediterranean offerings. They led a session held twice on Saturday, titled: “The Mediterranean Diet, from Current Research to Culinary Strategy: A View from Spain.” 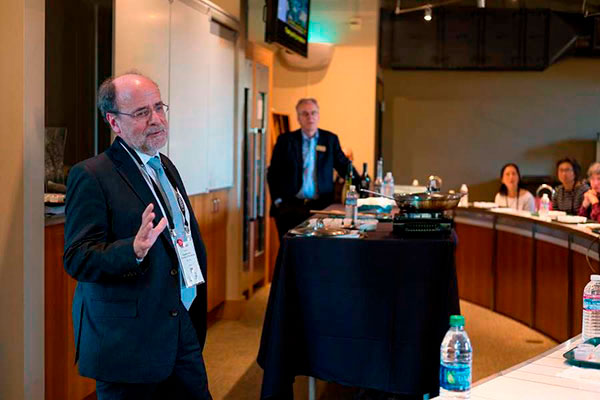 Ramón Estruch shared the results of the PREDIMED study with the audience. The study confirmed that the Mediterranean Diet, rich in extra virgin olive oil, is one of the healthiest dietary models available, especially given its ability to reduce the risk of a cardiovascular event by up to 30%: “We saw changes in blood pressure; we saw changes to good cholesterol levels, which increased, while bad cholesterol decreased. We saw changes to glucose metabolism and therefore the prevention of diabetes. In fact, incidence of the disease is reduced by up to 40%. We also saw that the diet worked quickly, so it’s never too late to start, regardless of your age. The effect is short-term.” In fact, the researchers directed by Estruch were also able to demonstrate unexpected effects in our bodies: “At the outset, we thought that we were going to be able to slow the process of aging, but the studies that we have done with ultrasounds and magnetic resonance angiographies showed that damage regresses; the body is rejuvenated.” The beneficial effects even extended to the process of cognitive impairment common to old age.

In addition, PREDIMED also demonstrated that the Mediterranean Diet, rich in extra virgin olive oil, may significantly help ameliorate the obesity epidemic in developed societies, such as the United States. People who followed this diet showed a tendency to lose weight or maintain a stable body weight and reduce their waist size compared to those that followed a low-fat diet. 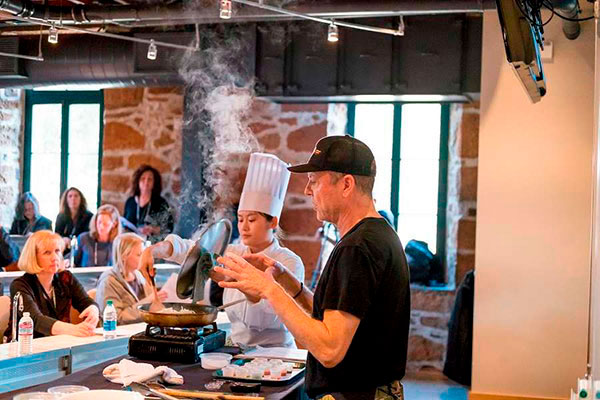 Doctor Estruch’s conference workshop ended with a culinary demonstration led by the Catalan chef Daniel Olivella, whose two restaurants (in San Francisco and in Austin, Texas) celebrate Mediterranean cooking methods, including Spanish favorites like aioli, mojo, romesco sauce, salsa verde, white garlic, and the essential sofrito. The cooking presentation underscored that a healthy eating pattern can be a truly delicious culinary experience—anything but boring, and very easy to prepare. 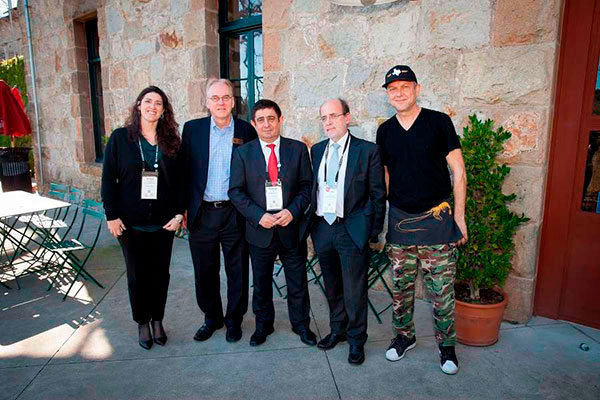 About Olive Oils from Spain: Spanish Olive Oil Interprofessional and the Provincial Council of Jaén jointly participated as an exhibitor in supporting this conference in order to further educate health and culinary professionals about the landmark results of the PREDIMED study. The chairman of the Interprofessional, Pedro Barato, framed this participation as reflective of a critical educational strategy of the organization: “In the last few years, health has become a main concerns of our consumers, be they in the United States, China, or in Spain itself. Olive oils and the Mediterranean Diet are the answer to these societies’ needs, as they are getting sick from poor dietary habits. That’s what studies as rigorous as the one led by Doctor Estruch have confirmed.” Francisco Reyes, Chairman of the Provincial Council of Jaén emphasized, “Educational conferences like the one that has brought us to the United States introduce physicians, allied health professionals, chefs, and new consumers to healthier lifestyles and food choices. For the province of Jaén, which is the world’s largest producer of quality olive oil around the world, it is an opportunity to combine culinary strategy with the best available scientifically evidence, which are undoubtedly the best credentials to access and help transform kitchens and tables throughout world.”