A look back at the highlights of 2013

With the cold winter weather upon us, we would like to take the opportunity to give you our warmest of thanks for your interest in Olive Oils from Spain. This year has been a special one for us with the launch of this blog, so let’s take a look back at the highlights of 2013 from around the world.

While the Earth was making its 365.2425 rotations this year, a lot was happening. We’ve seen typhoons, meteorites, a new Pope, diplomatic crises, the Nobel Peace Prize, and new world records, like the one set by marathon runner Wilson Kipsang in Berlin. We’ve also had the opportunity to commemorate the legacies of brilliant men like Martin Luther King on the 50th anniversary of his famous “I have a dream” speech, and Nelson Mandela, after his passing and at the emotional memorial service that followed, which brought together, if only for a moment, Cuba and the United States.

News agency Reuters also offers its review in images of 2013, but much more happened this year than the traditional media reminds us about. Facebook, for example, has a much more playful review of the year with the events that had the most impact on the platform during 2013.

When it came to Twitter, in 2013 it seemed that more and more people became addicted to writing in 140 characters or fewer. One of the most famous retweets was from Glee actress Lea Michele, thanking her fans for their support after the death of her co-star Cory Monteith (with 408,000 retweets).

Thank you all for helping me through this time with your enormous love & support. Cory will forever be in my heart. pic.twitter.com/XVlZnh9vOc

But if we really want to point to a happy moment, all we have to do is take a look at the royal family. Little George, the most anticipated baby of the year, was born in 2013 at St. Mary’s Hospital in Paddington.

But that wasn’t the only happy event; the other came from Wimbledon, where Andy Murray was crowned champion. In a tense final match, Murray bested Novak Djokovic, making it the first time in 77 years that a home-grown player triumphed at the All England Tennis Club.

In the culinary world, the 10th anniversary of Fino, one of the most popular Spanish restaurants in London, was proof of the UK’s growing appetite for Spanish cuisine. Next year, even more Spanish-style restaurants offering tapas are expected to open, such as the opening of renowned Spanish chef David Muñoz’s new restaurant in London.

2013 has been a special year for us, too. In 2013, Olive Oils from Spain have continued to take first place in the international rankings, and we launched this blog for all UK lovers of Olive Oils so they could have a place to find each other, thus forming this little family of ours around a love for liquid gold.

We appreciate all of your support throughout this adventure, and we wish you a very happy 2014. The new year will surely bring us many more happy moments that we will continue to share with you.

It also seems like the right time to invite you to tell us what you think about the blog. How can we improve it? What kinds of posts do you like the most? 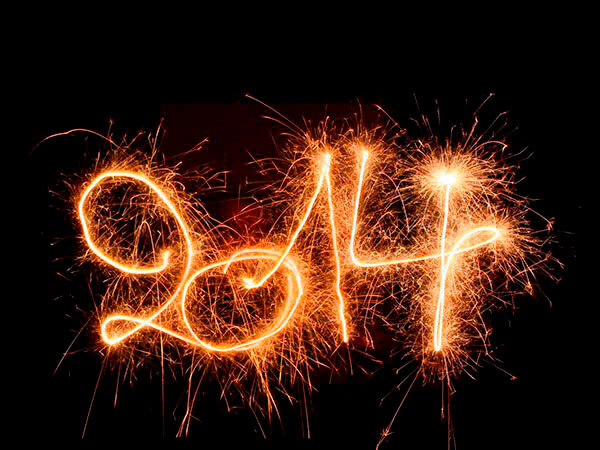