How is olive oil made? 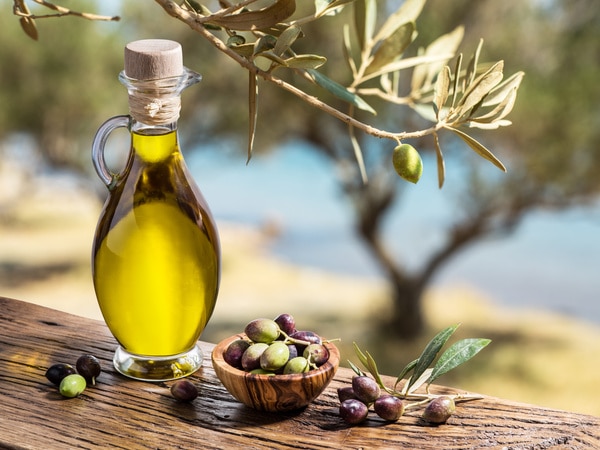 The olive harvest usually begins in late September and lasts until the end of January. The olive trees are shaken to remove the fruit, always avoiding that the olives come into contact with the ground. Harvesting olives can be done in both traditional and automated ways, and both are being utilized today. The harvested olives are transported to the olive mill as quickly as possible.

The leaves or twigs are removed from the olives before being washed with water. After washing, the olives are ground into a paste-like mass.

The malaxing process involves progressively joining small drops of oil into larger ones, which will facilitate the separation of the oil and the rest of the olive’s components. When the mixing temperature is kept below 27º, it is referred to as «cold» production and can be indicated on the labels of virgin or extra virgin olive oils.

After the mixing, the next phase in the process of extracting virgin olive oil. The system most commonly used in olive oil mills for oil extraction is known as continuous. A machine called decanter separates by centrifugation the oil from the vegetation water and solid residues present in the pulp (pulp and stone).

Storing and Packing of Olive Oil

Prior to bottling, extra virgin and virgin olive oil is usually stored in stainless steel containers at a temperature between 15 and 18 degrees Celsius. It is most common to filter the olive oil before bottling to remove moisture and suspended organic matter. All these procedures must be carried out with care to preserve the olive oil’s quality.