Paco Roncero (who holds two Michelin stars and three suns in the Repsol Guide), one of the Spanish chefs who has most explored the use of olive oil in the kitchen, was the ambassador of Spanish olive oils at the Andalusia Sabor fair, where he held an «Extra virgin olive oil and its monovarietals in haute cuisine» workshop. 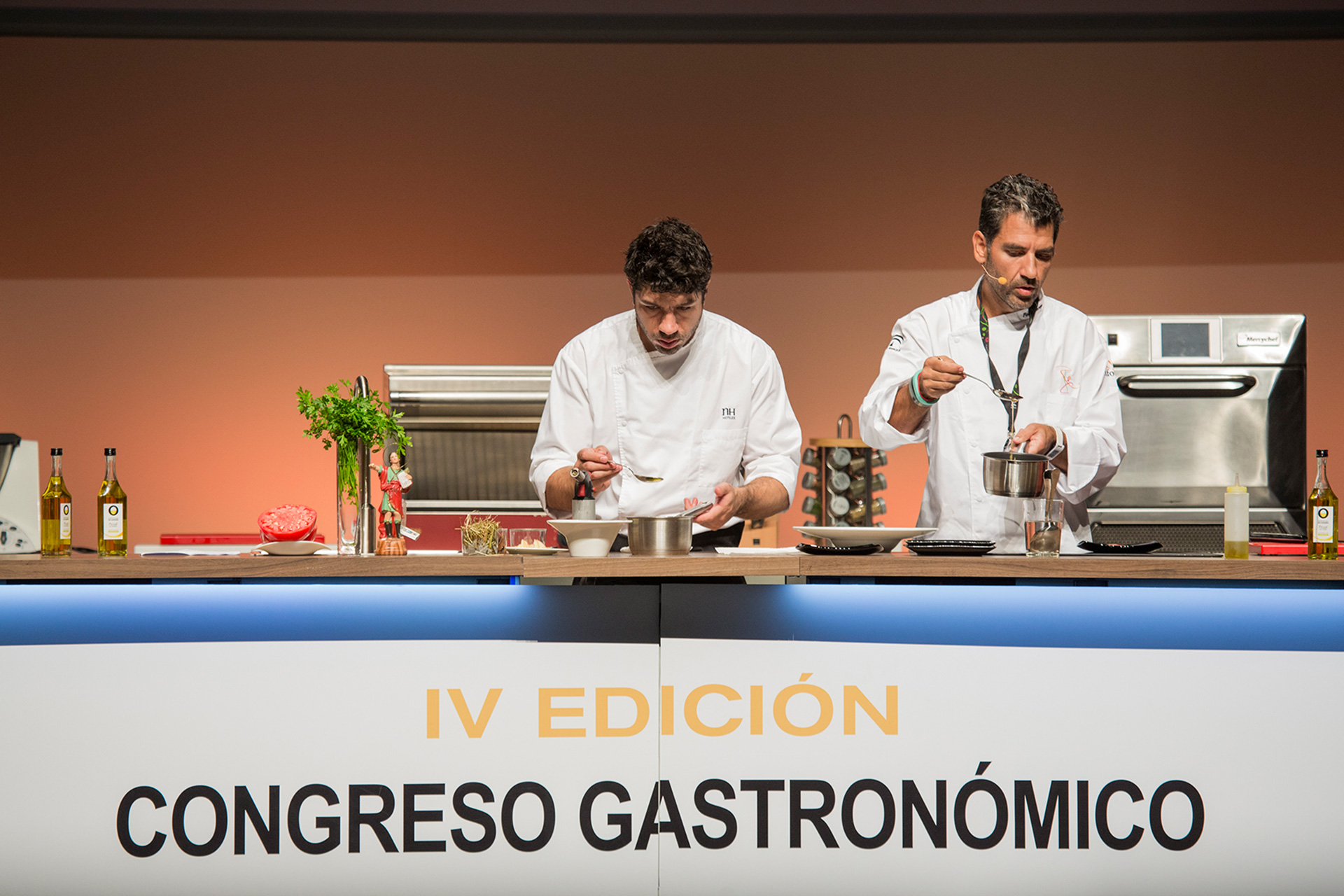