Olive Oils from Spain, with the collaboration of the European Union, has launched one of the most impactful informational actions of its international campaign “Olive Oil Makes a Tastier World” in Belgium. During the entire month of July, thousands of travelers learned about the culture of olive oil in the Antwerp Central Train Station. From July 1 to 30, the Olive Oil Lounge offered travelers passing through this space the opportunity to learn more about European production methods and the different varieties (including Picual, Hojiblanca, Arbequina, and Cornicabra), as well as tips, recipes, and preparation methods. Additionally, on July 4, the Olive Oil Lounge held a tasting of the best olive oils for a group of media and influencers specialized in gastronomy and lifestyle. This action was led by the Spanish olive oil expert Alfonso J. Fernández López. This workshop also touched on olive oil’s gastronomic versatility, as well as the health benefits of its consumption as part of a balanced diet. 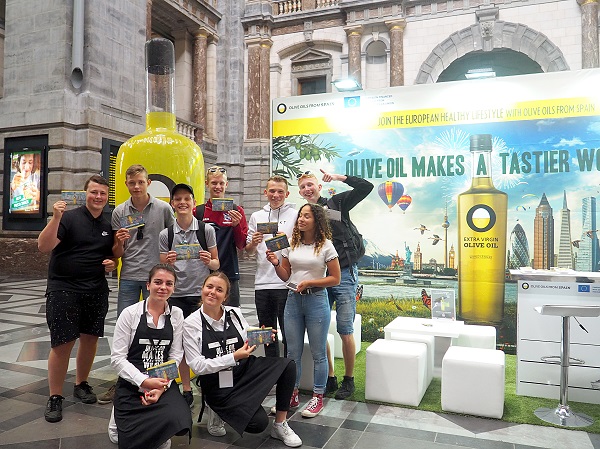 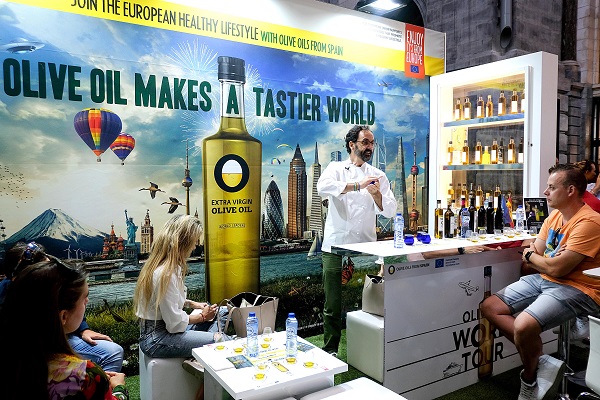