2019 Workshop «The Mediterranean Diet and cardiovascular health: from research to culinary strategy»

Workshop «The Mediterranean Diet and cardiovascular health: from research to culinary strategy»

For the third consecutive year, the Healthy Kitchens, Healthy Lives Conference, led by two prestigious institutions of world renown: The Culinary Institute of America (CIA) and Harvard T.H. Chan School of Public Health, once again put the focus on the Mediterranean Diet as one of the healthiest, most balanced and easiest eating patterns for the whole population. The Californian headquarters of The CIA hosts a workshop entitled «The Mediterranean Diet and cardiovascular health: from research to culinary strategy», taught by the epidemiologist Miguel Ángel Martínez-Gonzalez, collaborator of the Harvard T.H. Chan School of Public Health. Analyze how the use of extra virgin olive oil, as the main source of fat, contributes to making the Mediterranean Diet one of the healthiest. Especially indicated to prevent cardiovascular diseases. Workshop that will be completed with a culinary cooking demonstration by the Spanish chef Daniel Olivella. 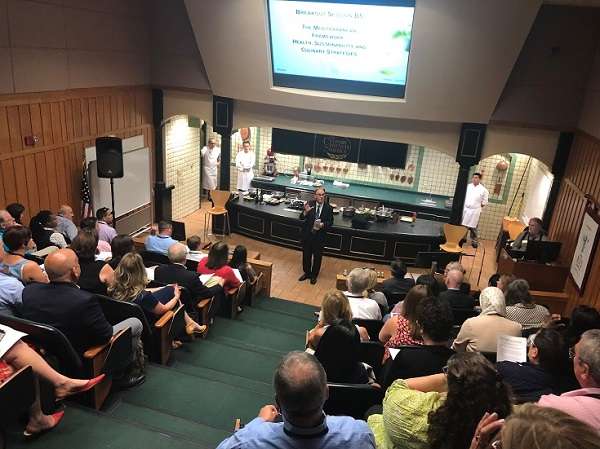